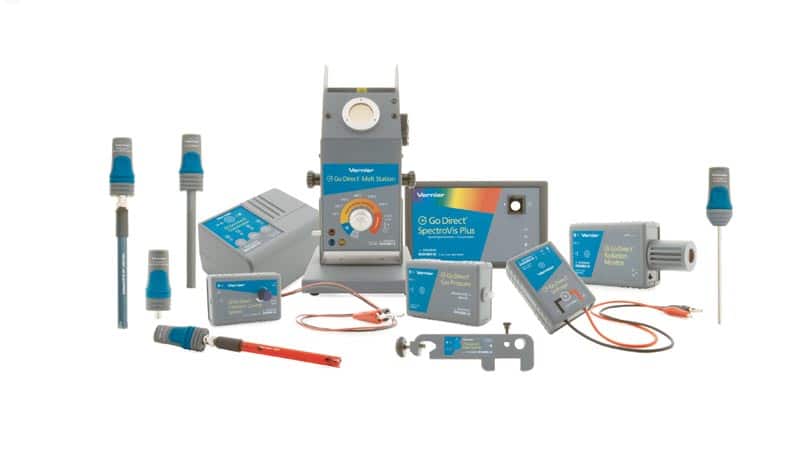 Traditionally data logging is performed using a hand-held device with a range of compatible sensors. The data is then at some point transferred to a computer for further analysis. This method has been used for a long time and has many advantages. Data loggers are built specifically for just that, and require very little set up to use, are generally very robust, and offer auto recognition when a sensor is plugged in.

There are however some disadvantages: –

There is however an approach that many data logging manufacturers are adopting which does away with the data logger altogether, and that is sensors that work directly with the school’s IT equipment, or even students own devices such as smartphones and tablets.

The new Go Direct range from Vernier utilises this new technology and in doing so adds a new dimension to data logging. Each sensor has its own built in Bluetooth and USB cable so can be used on any platform, computers or tablets and bypasses the data logger altogether. Furthermore, it uses a single app that is compatible with, PC, MAC, IOS, Android and Google Chromebook.

This means that rather than a school having to spend a large part of their budget on data loggers, they just require the Go Direct sensor. A school can just order sensors as and when they need them and use them on any device they have available, even students own devices. By utilising this approach a school no longer needs to be tied to a particular data logging system but can mix and match according to needs.

Furthermore, using Bluetooth means that it can all be done wirelessly and is ideal for use with iPads and Android devices. Most modern devices now utilise the latest low energy Bluetooth technology which means they can go for long periods without draining the battery.

This new approach now makes it easier for a science department to invest in data logging and takes away many of the issues normally associated with using and purchasing such devices. It now becomes less expensive, more flexible and utilises equipment the school already owns leaving more in the budget to
purchase more sensors if necessary. 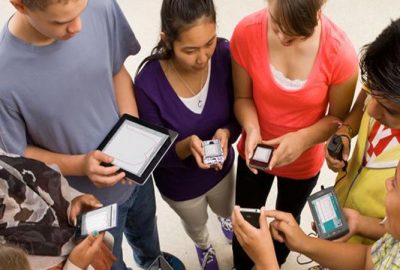 In her book, Authentic Learning for the Digital Generation (McFarlane, 2015) Angela McFarlane states “The long-anticipated era of ubiquitous computing has finally arrived”. The book makes very interesting reading and although there are many challenges ahead for schools in adopting IT policies whereby the IT provision may be shared between school and pupil, the future of IT provision is set to go through many changes over the next few years.