The Fan Cart is a large fan on a light-weight cart. It offers students the ability to perform kinematics and dynamics experiments with constant acceleration, variable mass, variable thrust, and variable thrust angle.

The fan has three speeds for studying the effect of variable thrust. Two mass bars let you change the total mass of the cart to observe how mass affects acceleration. The fan turns on a protractor base, allowing the thrust to be directed at a known angle from the direction of travel. In this way students can understand vector component applications.

A sail is included to perform the fan-on-a-sailboat experiment. The sail can be mounted in two positions to study the subtle effects of diverted airflow.

Although the cart can be used for qualitative experiments alone, most often it is used with a Motion Detector on a Dynamics Track. 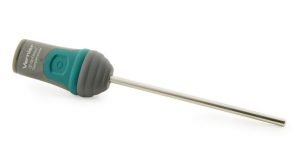 Unlike a traditional thermometer, Go Direct Temperature allows students to collect real-time temperature measurements of a single instance or over a period of time. Its range and wireless capability make it the go-to sensor. 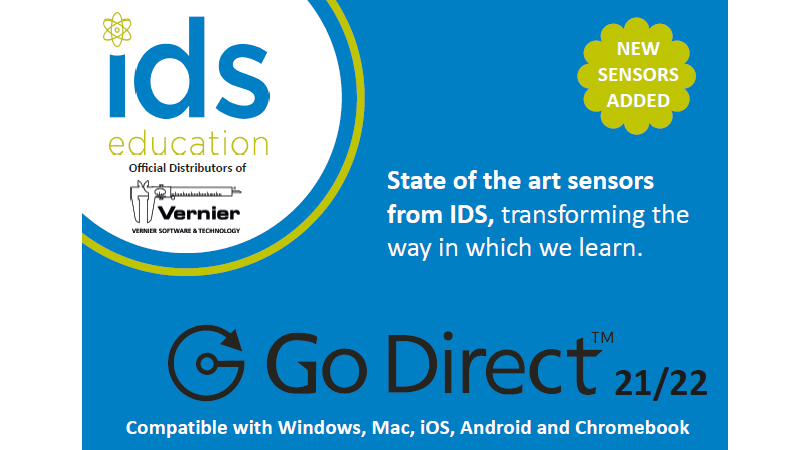 Dynamics Kit
The kit contains equipment and resources required for investigating the basic laws of motion and oscillation. The Dynamics kit can be purchased with or without a LabQuest 2 interface. The interface allows any measurement to be displayed and processed. The measurements are recorded by means of accurate and reliable light barriers. The precisely manufactured carriage with its own propulsion is characterised by the extremely high precision of its movement.
£639.00 – £999.00 Select options

Dynamics Cart and Track System with Go Direct® Sensor Cart
This completely wireless system simplifies experiment setup and allows basic experiments to be conducted with or without the track.
£808.00 – £1,058.00 Select options

This website uses cookies to improve your experience while you navigate through the website. Out of these cookies, the cookies that are categorized as necessary are stored on your browser as they are essential for the working of basic functionalities of the website. We also use third-party cookies that help us analyze and understand how you use this website. These cookies will be stored in your browser only with your consent. You also have the option to opt-out of these cookies. But opting out of some of these cookies may have an effect on your browsing experience. More information
Functional
Functional cookies help to perform certain functionalities like sharing the content of the website on social media platforms, collect feedbacks, and other third-party features.
Performance
Performance cookies are used to understand and analyze the key performance indexes of the website which helps in delivering a better user experience for the visitors.
Analytics
Analytical cookies are used to understand how visitors interact with the website. These cookies help provide information on metrics the number of visitors, bounce rate, traffic source, etc.
Advertisement
Advertisement cookies are used to provide visitors with relevant ads and marketing campaigns. These cookies track visitors across websites and collect information to provide customized ads.
Essential
Essential cookies are absolutely essential for the website to function properly. This category only includes cookies that ensures basic functionalities and security features of the website. These cookies do not store any personal information.
Others
Other uncategorized cookies are those that are being analyzed and have not been classified into a category as yet.